THE TEMPTATION SERIES HAS BEEN CONTRACTED TO HARLEQUIN BOOKS AUSTRALIA

Posted by KMGolland on Feb 27, 2014 in Announcements, The Temptation Series

I have some exciting news to share with you all. And let me tell you, this is probably one of the most exciting announcements I’ll ever make. Why?  Well…*happy dances* because I can now officially reveal that The Temptation Series has been contracted to Harlequin Books Australia. YAY! I’m so excited to be working with this fabulous publishing house, one I have admired for so long.

So what does this mean for the series as a whole? Well, I have opted to sell my AU/NZ territory ebook and paperback  rights to Harlequin, which means that they will relaunch the series throughout Australia and New Zealand. (Please note that the AU/NZ territory consists of the following countries: Australia, New Zealand, the Philippines, Malaysia, Hong Kong, Singapore, Thailand, Vietnam, Korea, Taiwan, Fiji and Indonesia)

Temptation is due for release in stores on May 1st (projected date). Satisfaction is due for release in or around July, Fulfillment and Attainment in or around September, and Attraction in or around November. *Covers face and peeks through fingers* I know, I know, Attraction’s release date has now been pushed way back. Please don’t hate me. I am TERRIBLY sorry for this and to those who have waited so long to read it. But rest assured… because in the meantime, I will be releasing a standalone novel titled: Discovering Stella. And I hope that by doing this, I will inevitably make it up to you all. But more about that another time.

What I do need to make you all aware of is that my current self-pub’d ebook versions will be pulled from the AU/NZ market VERY soon. So if you do reside in this territory and want these versions, I suggest you get them now while you still can.

Another part of my awesome news is that I get to reveal Harlequin’s Temptation Cover.

So here it is: 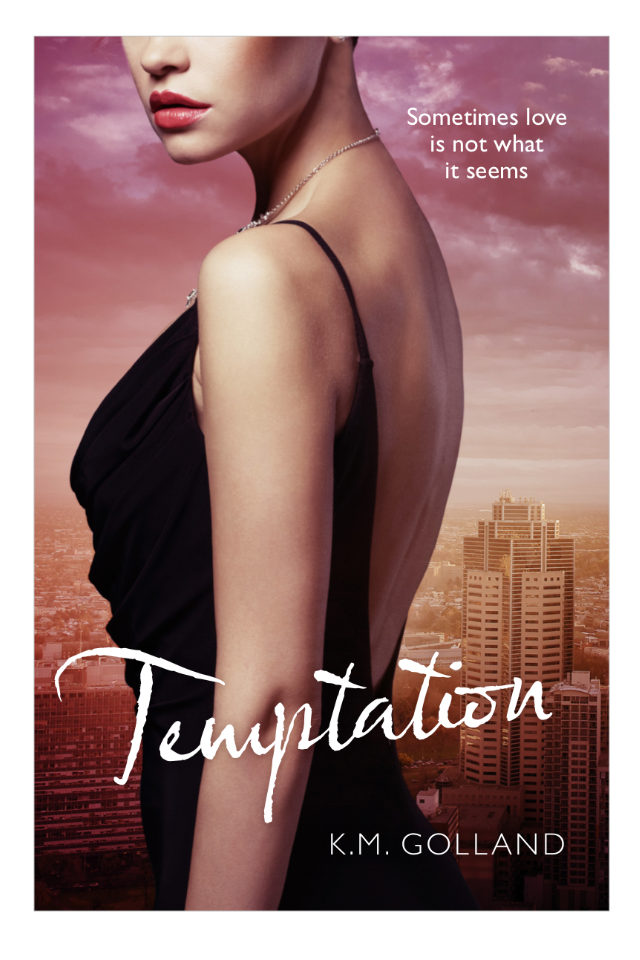 Gorgeous, isn’t it?  And yes, it’s very different from my self-pub’d cover, but I LOVE that. I love its freshness, its sassy yet sexiness, its element of ambiguity.

So there you have it, the reason I have been reticent albeit silently perched on cloud nine.