Posted by KMGolland on Mar 30, 2018 in Announcements, WILD NIGHTS

For the first time Revue is free, worldwide, on all e-retailers. 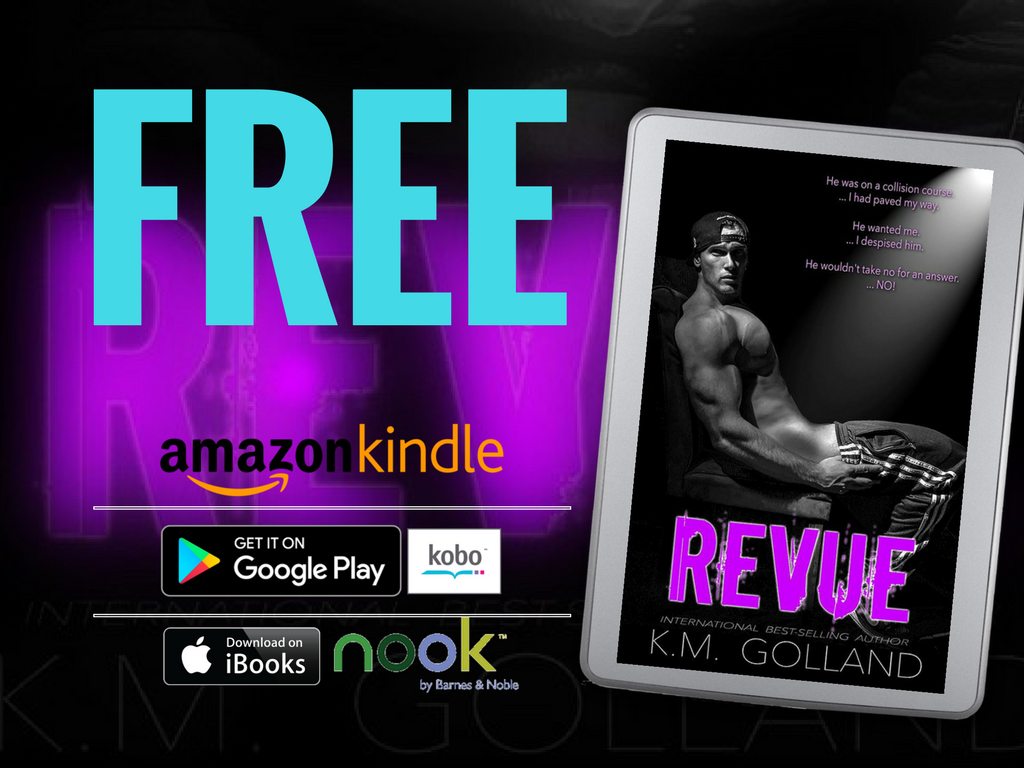 Revue is a standalone in my Wild Nights series. An enemies to lovers contemporary romance with many splashes of comedy along the way.

BLURB:
When freelance photographer, Corinne Lee, is required to visually document the nationwide tour of Wild Nights Male Revue, she finds herself in a world of near-naked, testosterone-fuelled men on stage—not her photographic muse of choice. She also finds herself in the arms of Josh, the revue’s star performer.

Josh Adams thrives on the limelight, the stage and, most of all, the attention of women who endlessly throw themselves at him. He dances sex, speaks sex, breathes sex … is sex! Josh lives for sex, but never with the same woman.

When both opinionated and headstrong characters are closely thrust together in a lust-ridden and sexually-charged environment, which of the two will break first?
Will Josh realise that Corinne could be the exception to his ‘no strings’ rule? Or will Corinne let go of the fantasy of finding Mr One and Only?